NOTE: Don't run this step if you have purchased build LoCobot from Trossen, instead follow these steps.

NOTE: Attach only one motor

Now we are going to attach other end of the above-attached wire to the dynamixel hub that we received with the arm. Over here also note should be taken that wire goes only one way The flat end on the female of the wire goes towards the flat end on the male socket 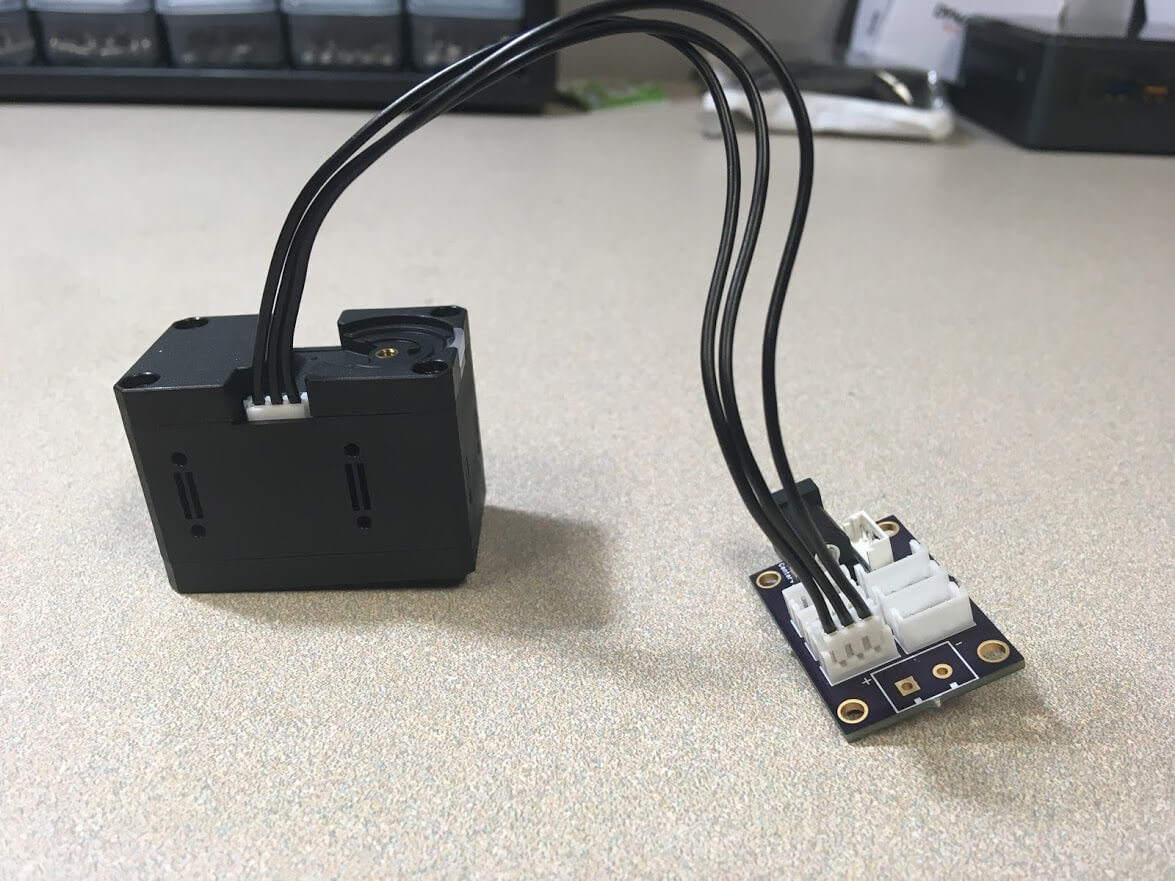 Attach one more wire on the dynamixel hub.You can use the 3 pin wire that came with arm 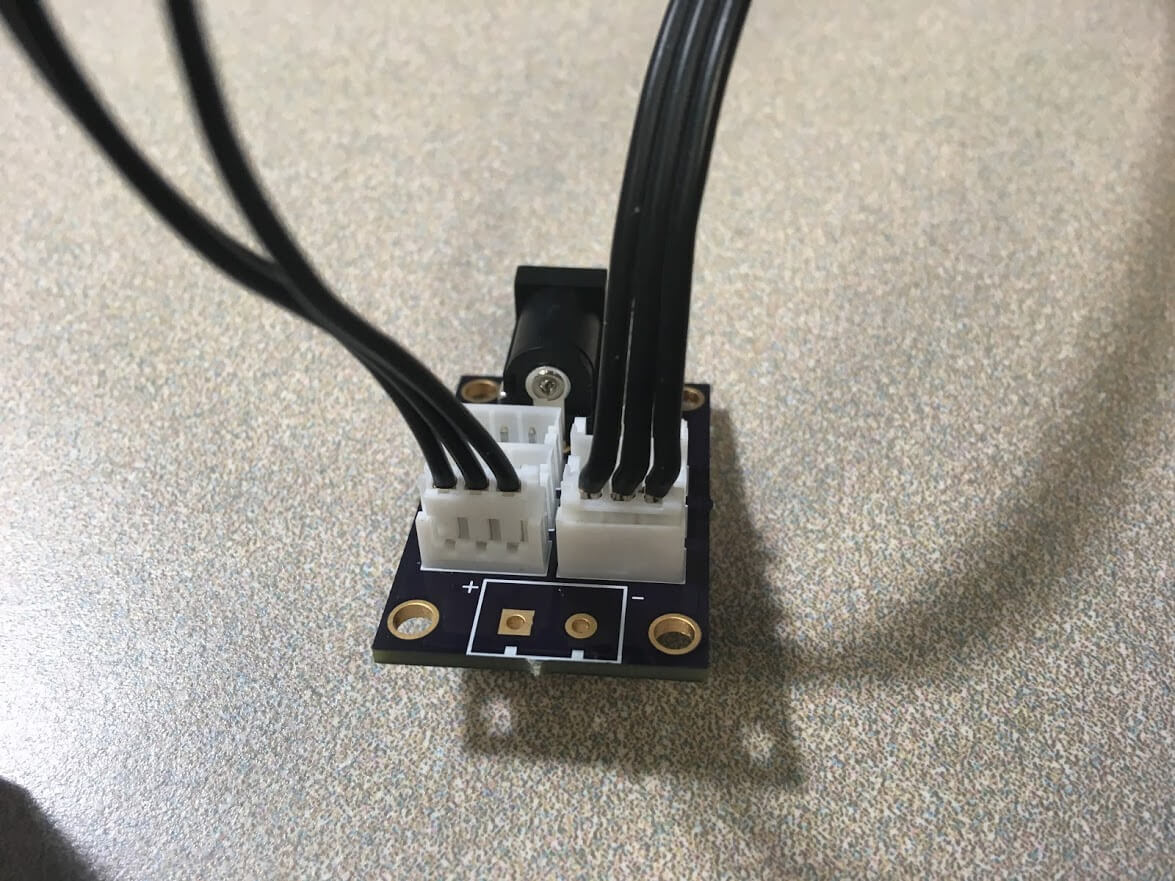 Attach 12V power output to the dynamixel hub as shown in following picture. As soon as you attach power, the red led on the back of the motor will blink if the connections are proper. NOTE: Make sure 12V power supply is connected to AC power outlet 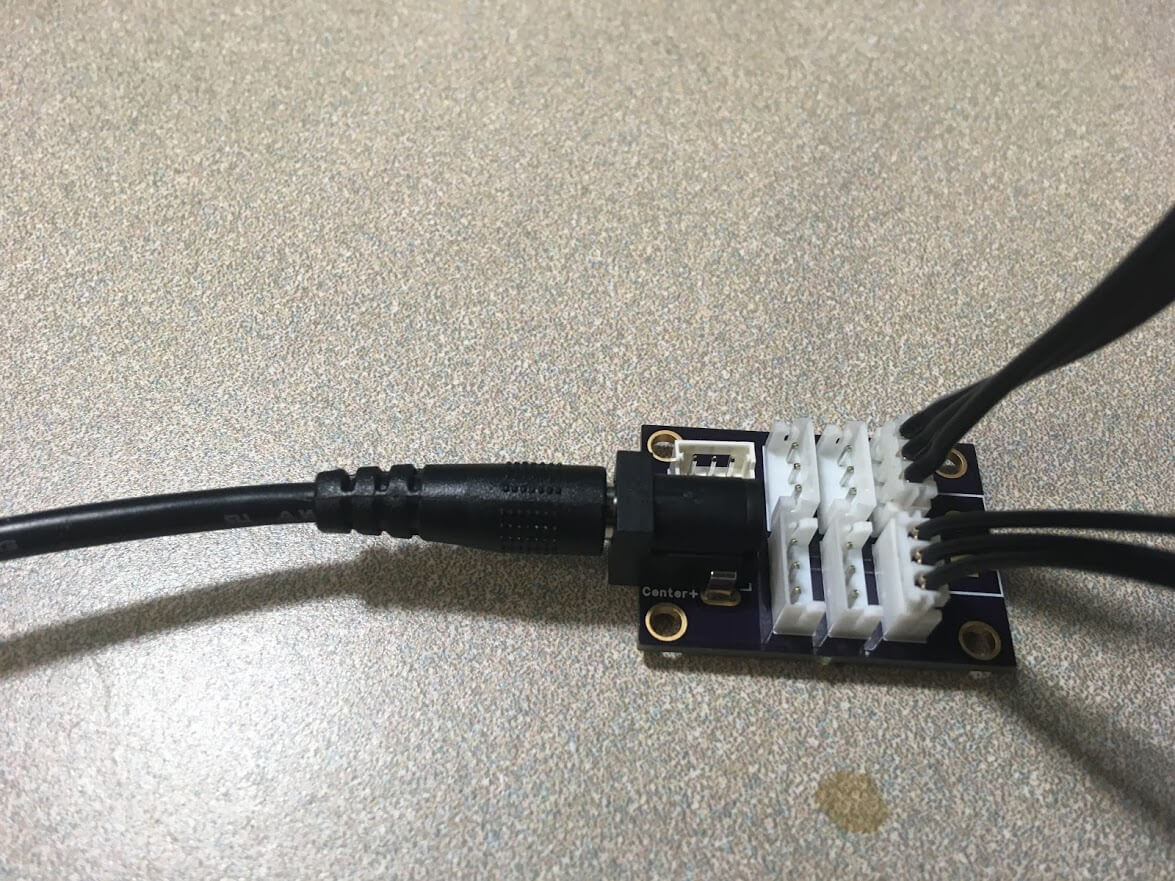 Attach micro USB end of the wire that came with U2D2 as shown in the figure. Attach the USB end to the NUC. 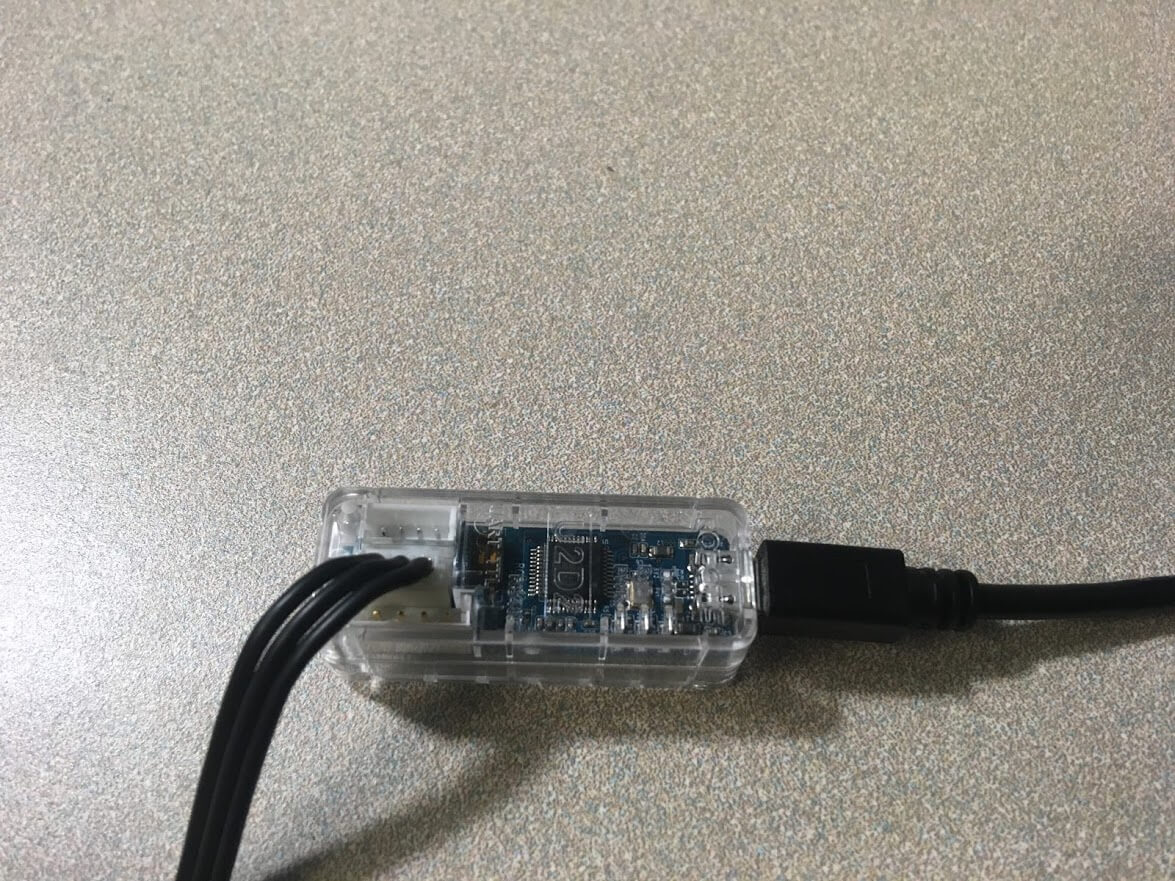 On NUC, after you plug in the USB, you should be able to see ttyUSB_dyna under /dev directory. If it is not there, there is some issue with udev rules 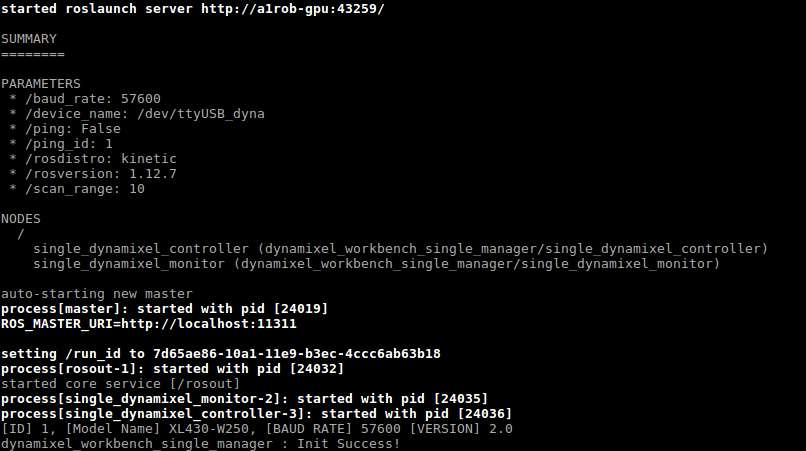 Press enter after this --> you will see the following output

Similarly, we will try to change the id, baud rate of one more dynamixel. For setting up, we will just have to remove the wire that was going into the previously used motor and attached it to the new motor.

On the NUC side, we will have to follow exactly the same steps as above while doing it. The only change will be one cmd, id 8 from id 9, that we used in 1 point of the previous step